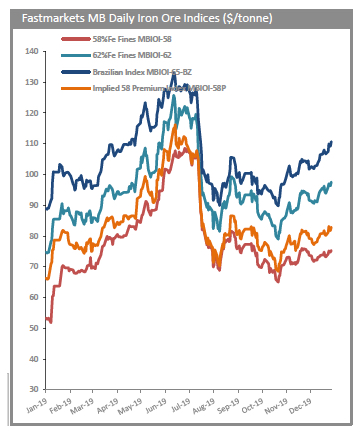 The Chinese import price of 62% Fe content ore advanced to $97.58 per dry metric tonne, according to Fastmarkets MB, a 6-month high and up 6% since the start of the year.

China produces more crude steel than the rest of the world combined, reaching 996.3 million tonnes in 2019, up 8.3% over the prior year, according to government figures. During December, steelmakers churned out on average 2.7m tonnes per day, 12% higher than December 2018.

Production of steel products in China grew by nearly 10% from a year earlier to 1.2 billion tonnes in 2019. The China Iron and Steel Association said last week it expects domestic demand for steel to grow modestly in 2020 to roughly 890m tonnes.

Iron ore was also lifted by news Vale halted tailings operations at the 1.2m tonnes per year Esperança mine for safety reasons.

US Factory Orders Disappoint In August

The price of iron ore is up 30% following a dam burst at Vale’s Brumadinho operations in Brazil in January 2019 that killed nearly 300 people. In response, the world no 1 producer initially suspended 93m tonnes of output.

Iron ore peaked in July last year just shy of $126 a tonne, the highest since January 2014, but declined over the summer months as fears of a shortage on the seaborne market receded.

However, the Rio de Janeiro-based company managed to bring much of that capacity back online and ended the year with only around a 5% drop in output to an estimated 310m tonnes. Rio Tinto, set to overtake Vale as the world’s top iron ore miner, reported a 3% drop in annual output yesterday.

Chinese imports of the steelmaking raw material topped 1 billion tonnes for the third year in a row as Beijing’s efforts to stimulate the economy pays off.

Full year iron ore imports were the second best on record at 1.069 billion tonnes, up 0.5% from last year and within shouting distance of 2017’s record 1.075 billion tonnes. 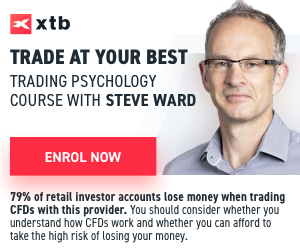