Minera Alamos starts construction on Santana mine in Mexico 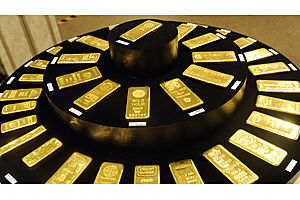 Minera Alamos (TSXV: MAI) has started construction of its Santana open-pit heap leach mine in Sonora state and expects to transition from a developer to gold producer this year.

Between now and then it plans to complete a maiden resource for the project.

“The Santana gold project does not have a completed feasibility study or technical report, however, results from the 50,000 tonne bulk heap-leach test completed between 2018 and 2019 were positive and management built the Castillo mine in Mexico in the same fashion,” Kerry Smith of Haywood Securities said in a research note. “For 2020 we model 15,000 ounces of production in a partial year, followed by 35,000 oz. in 2021 with all-in sustaining costs of ~$800 per ounce.”

The mining analyst estimates the initial capital cost for the project will run to $10 million.

Smith has a buy rating on the stock and recommends “accumulating shares at current levels.” At press time the company’s shares were trading at 28.5¢ and Smith has a 50¢ target price on the stock.

“Minera Alamos holds two development projects in its project portfolio that can be quickly ramped up to production, with the potential to produce ~100,000 ounces of gold over the next few years,” he stated. “The company’s strategy of finding, building and expanding low capex, near-term projects in Mexico is something that the management team has successfully done.”

CEO Darren Koningen was a founding member and vice president of mine development at Castle Gold and played a key role in the development and commissioning of the El Castillo heap leach gold mine in Durango, Mexico. Argonaut Gold TSX: AR) acquired Castle Gold for C$130 million in 2009.

Federico Alvarez, vice president and project development at Minera Alamos, previously worked for Castle Gold and Argonaut Gold as vice president of operations, supervising production at El Castillo. Alvarez also has good connections in Mexico, where he held the position of director of mining affairs for the state of Guanajuato. Miguel Cardona, Minera Alamos’ vice president of exploration, managed exploration for Castle Gold, leading a three-fold increase in El Castillo’s resources from 400,000 oz. gold to 1.2 million oz. prior to its acquisition.

Breccias typically outcrop at surface at Santana and the company is undertaking a systematic review of the entire 8,500-hectare project area to identify additional surface expressions with potential for resources.

The company recently closed a $6 million financing with Osisko Gold Royalties (TSX: OR) consisting of 30 million common shares at 20¢, giving Osisko an 18.7% stake.

Minera Alamos also owns 100% of the La Fortuna project in Mexico’s Durango state, about 85 km southwest of the city of Culiacan. Based on a preliminary economic assessment, the gold-silver-copper project would have a mine life of five years based on an initial resource starter pit and average annual production of 50,000 equivalent oz. gold.

The company has a market cap of $116 million. Its 406 million common shares outstanding have traded in a range of 10¢ and 32¢ over the last year.

(This article first appeared in The Northern Miner)